Last week, the economic stimulus package was approved - while a number of overarching impulses are exciting and groundbreaking, there is "only" 300 euros for parents and the plan to invest in childcare and all-day schools. This is too little in terms of both family and education policy, even though it is now the turn of the family and education ministers to open up day care centres and schools more. 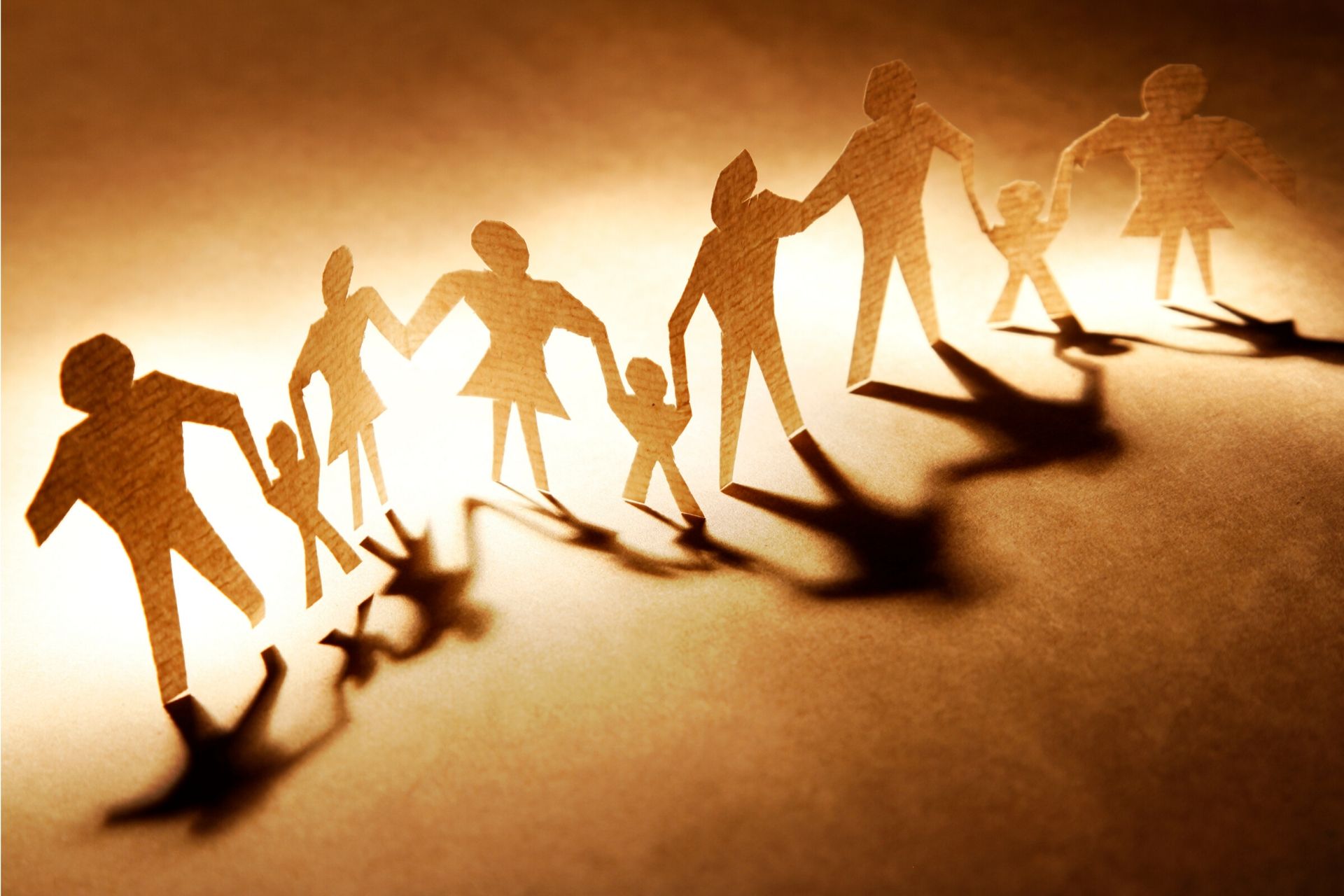 At least 130 billion euros will be invested as part of the economic stimulus package, if not more in the long term. The focus on VAT reduction and electromobility, as well as a number of other aspects, should be positively emphasized. But at the core of the provision for the future - the education sector - and in the support or recognition for parents, which was perhaps the most demanded group in these times, the package is quite disappointing.

Expansion of childcare and teaching concepts not forward-looking

There is no question that the expansion of childcare and all-day schools is necessary and would have had to be continued even without Corona. But even now, the implementation of the expansion of early childhood education decided in 2007 is failing both because of a lack of finances in the municipalities and, in particular, because of a lack of educators; in recent years, many federal states have tended to focus on reducing contributions rather than improving quality. Even the expansion of all-day schools, which has been pursued for 20 years, has so far mostly meant no expansion of structured instruction, but rather homework supervision and study groups. The framework specifications of the Conference of Ministers of Education and Cultural Affairs, from which a school may be designated or registered as an all-day school, are rather educational minimalism than forward-looking and quality-enhancing.

At least three days a week, parents must be able to leave their children at school in the afternoon. However, if Heinz, Lisa and Aise are there on Mondays, Wednesdays and Fridays, Yannick, Maik and Yolanda, who go to the same class but on Tuesdays, Wednesdays and Thursdays, then no targeted teaching is possible. This lower limit of the definition was decided upon, on the one hand, in view of the lower costs involved and, on the other, because of the possibility of being able to levy parental contributions. The evaluation findings on the learning and other effects on children are correspondingly thin. In order to avoid overly clear indications of the effects of different all-day models, care was also taken to ensure that the evaluation did not record these too precisely. Quality comparisons between the federal states are just as undesirable - instead of a quality-driving educational competition, there is a hindrance to any attempt to shed light on the subject.

Missed your target? Instead of families, the economic stimulus package initially supports the construction industry

If several billion euros are now being made available for the expansion of day care and all-day schools, the focus on investment means that initially only the construction industry will be supported. It can now be argued that the federal government, which is largely financing the economic stimulus package, cannot do much more. However, parents are hardly interested in how the kindergarten or school will finally improve and whether the federal or state governments can only finance this or that. Federalism in education has not been able to establish a truly high-quality education system in Germany in recent decades, and without fundamental changes it will not be able to do so in the coming years either.

It is true that high goals have been set time and again, most recently more than ten years ago at the so-called Dresden Education Summit. However, most of these benchmarks were also regularly raised.

Not enough: distance learning with digital tools instead of digital literacy

How family and education policy works can also be observed very well in recent weeks and months. If schools had a functioning digital infrastructure, teachers had digital teaching skills and all pupils had the necessary terminal equipment, then digital teaching could have taken place. Instead, distance learning, which was usually controlled by the pupils or their parents themselves, took place: PDFs were sent to the pupils by email - or even homework from the textbook was handed out via Whatsapp - which is hardly anything else than sending copies to the pupils by post - only that the way is faster and cheaper. Digital teaching is something else.

If we want the expansion of day care or all-day schools to reach children - and also their parents - and be more than just cosmetics, then parallel to this there is an urgent need to expand the qualification activities for educators in vocational schools and in practical training on the one hand, and to further expand teacher training, including in-service teacher training. The latter is particularly necessary in view of the urgently needed expansion and improvement of digital learning.

It is astonishing how little has happened in the stimulus package, as in the last three months, in terms of digital equipment for schools, teachers and especially students. Instead of taking the Corona crisis as an opportunity to significantly increase the digital pact, to reduce the requirements for application and procurement, a few euros have been collected here and there to achieve little in the end. Many pupils still do not have a usable end device available, usually those who have the worse prerequisites for a successful school life. It has often been emphasised that the education gap has widened further in Corona times.

Did I just overlook something or is there really no money in the economic stimulus package for the fast and better expansion of schools with digital infrastructure - the 5 billion euros for the Digital Pact have always been and still are far too little.

No fair promotion: What is actually to be achieved with 300 Euros per child?

The 300 Euros for parents are also questionable and I still don't know what this is supposed to achieve. I do not want to talk about hush money here, but the amount is a joke, especially for parents who - in order to be able to shoulder the immense burdens that have been imposed on them - have reduced their working hours. This applies all the more so because the other compensation measures have not offered or are not offering fair and appropriate wage compensation either. Child rearing is just being privatised once again, although parents have nothing to say about Corona or the political decisions that go with it.

For the parents, on the other hand, who do not have any financial losses because they are employed in the public sector, or whose children are already older or who can combine family and childcare or learning support very well, the 300 euros are a gift that they will certainly be happy to receive but do not really need. It would therefore have been fairer - and also more sensible - to give more to those who really need it and less to those who, like my family and myself, have made it through the past few months without financial losses. Financial support is also needed by parents who have reached the limits of their capacity and only need to regenerate and may therefore have to temporarily forego income - or take sick leave.

This is how the wheel of equality turns back more strongly

In my opinion, the so-called tax relief for single parents is also unhelpful in its effect. Tax regulations mean that the relief increases with rising income. However, what is correct in terms of the tax system means that a mother with an income of EUR 2 000 a month has just under EUR 40 more in her wallet, whereas a mother with EUR 5 000 has EUR 65 more. Many mothers with lower incomes will hardly benefit from the relief.

Although it should not be overlooked that a considerable proportion of fathers have reduced working hours and/or stayed at home, it is the mothers who are particularly affected by this. There is a danger here that the wheel of equality will turn back more strongly again. Employers again have stronger incentives to hire childless women or men who do not have to stay at home for childcare in the event of the next pandemic because the legislator closes daycare centres and schools. I cannot and do not want to blame the legislator for making this decision - but I would have liked to see a little more creativity and action to give parents more support. It is not as if there is only childcare in day-care centres or schools and no other options, such as tandem solutions between two families, etc.

Important question not answered by parents: How will already lost learning material be made up for in the future?

Even more important for parents and children than the question of financial "compensation" is the question of how to make up for lost learning. Summer schools will not suffice; here other ways "to increase the learning curve" are required. Learning is not a linear development, and this is all the more true when an education system does not run at the upper end of the scale. I am curious to see what concepts the Ministers of Family Affairs and Education will develop to further improve the performance of the day-care and school system.

Dr. Dieter Dohmen is an analyst, lateral thinker, visionary and, as owner and director of the FiBS Research Institute for Educational and Social Economics (www.fibs.eu) and managing partner of ElternHotline gGmbH i.G. (www.ElternHotline.de), also a social entrepreneur