Gender equality during the Corona crisis

A view through men's glasses

In the last week it was repeatedly said that the Corona crisis would over-proportionally burden women and would be a step backwards in terms of equality. It is striking, one might think, that it is mainly women who claim this. Only in the Frankfurter Allgemeine Sonntagszeitung a few weeks ago a man dared to question this thesis. So let's take a closer look again. After all, the parents' hotline is not a women's or mum's portal. 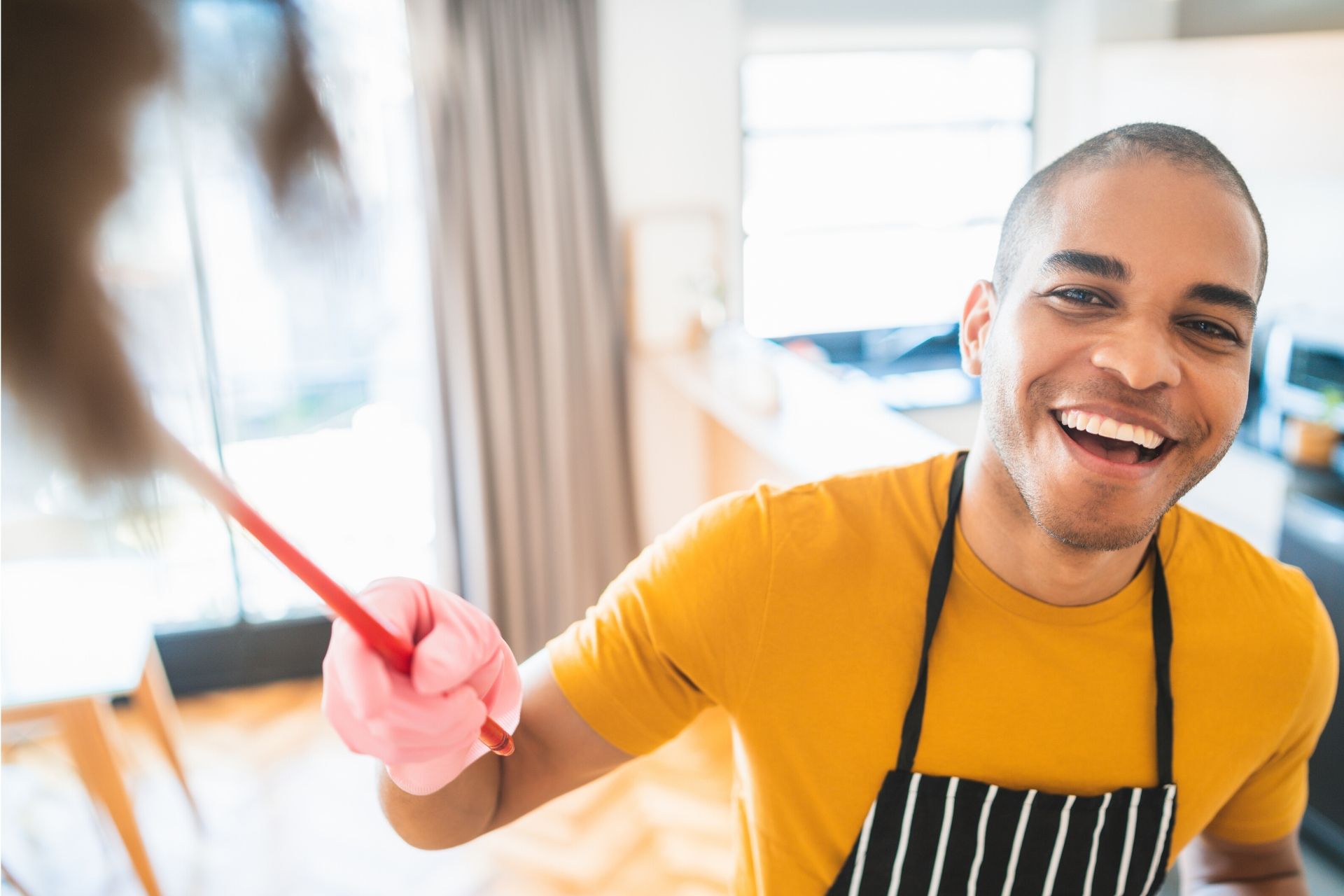 One thesis has been heard again and again in public debates recently: during the Corona crisis it was women who bear the main burden of family work, and the wheel of equality would thus be turned back years. The sociologist Jutta Allmendinger, head of the Social Science Research Center Berlin (WZB), was one of the first, but in any case one of the loudest advocates of this thesis. A WZB study on everyday life in Corona shows that significantly more than 20 percent of mothers, but less than 20 percent of men have reduced their working hours. Moreover, since the closure of day-care centres and schools, women's job and life satisfaction has decreased significantly more than men's.

Furthermore, the so-called "Corona Study" of the University of Mannheim comes to the conclusion that in slightly more than half of the households surveyed, childcare is provided by the woman alone. A figure that has risen slightly. In a quarter of the families, both parents share this task or the man takes over it alone. As income rises, the proportion of parents who look after the children together increases. According to this latter study, the net difference between men and women is thus about a quarter. However, it should also be borne in mind that the difference is even smaller when the large number of single women who are forced to look after the children alone is taken into account. For single women and men in particular, the double burden in Corona times is a "hell's ride" that drives many to the edge of resilience - if not beyond. According to results from the Hans Böckler Foundation's Institute of Economics and Social Sciences, in households with at least one child under the age of 14, 27 percent of women but only 16 percent of men have reduced their working hours in order to provide childcare. The discrepancy is even greater in low and middle-income households, mainly due to the fact that men usually earn more.

All three studies thus suggest that Corona has again exacerbated gender inequality. Some women go even further, claiming that in Germany the wheel of equality would turn back to earlier decades, possibly to the 1950s. Such a steep thesis is helpful in generating media attention, but it is questionable whether this really reflects the situation today.

If Germany were back in the 1950s or even in the 1970s, then female employment in Corona times would probably be significantly lower than it is today. In the 1970s, West German women were still mainly housewives. Employed women were looked at critically and their children liked to be called "latchkey children" because they needed them - visibly hung around their necks - to unlock the front door when they came home from school. Attending kindergarten was a marginal phenomenon. In East Germany at that time, things were completely different, women at least largely had equal rights and kindergartens were normal. As a man who grew up in the deepest west of Germany, on the Dutch border, I am not in a position to judge whether there was any real gender justice.

At any rate, conditions today are not like that, even though women continue to do the majority of family work and their share may even have increased in Corona times. The SOEP Covid-19 study allows a direct comparison between the distribution of family work in corona times with last year. According to this study, women also perform a higher proportion of family work than men (5.3 hours vs. 2 hours), but men and women divided the extra work almost equally during corona time. This would clearly contradict the above-mentioned thesis of a return to equality in the last millennium.

I admit, however, that I did not expect men to participate to this extent in family work and almost "equally" in additional work.

The conclusion can therefore be summed up: Men are more involved in family work in Corona times than before. However, this is still not enough to make up for the backlog that we men still have in this area and to take more of the burden off our wives.

It is therefore no surprise that women perceive the current situation as much more challenging than men and are generally more dissatisfied (SOEP Covid-19 study). However, it is also interesting to note that children contribute to a slightly lower level of dissatisfaction overall. In other words, parents are on average more satisfied than other people, especially as single households, in Corona times despite all the stress. However, this does not rule out the possibility that many parents "turn the wheel massively".

With regard to the long-term effects, various aspects must be taken into account: Even if the economic and financial crisis was less of an impact on working life, it is clear that since then women's employment has improved significantly and they are less affected by unemployment than men - although the employment rate is still lower. There is, however, an increase in employment, especially in the economic sectors dominated by women (FiBS 2020, p.y.).

As compensation for the family work performed, but also for the loss of income, a corona parental allowance was demanded. I consider this demand to be justified. At the same time, however, it should not mean that women should have to give up their jobs because the parental allowance is now being made available to them. For this is precisely where the danger lies of turning the wheel further back. The more parents - both women and men - (have to) forego normal participation in working life and are thus less available to the employer than employees without children, the greater the danger that childless applicants will be given preference. In this case, there is a risk of a much greater regression in terms of gender equality.

Dr. Dieter Dohmen is an employer, father and during the Corona period was mainly in the home office and responsible for supporting the 18-year-old son. His wife works in a systemically relevant area. In "normal life" he is an analyst, lateral thinker, visionary and as owner and director of the FiBS Research Institute for Educational and Social Economics (www.fibs.eu) and managing partner of the FiBS ElternHotline gGmbH (www.ElternHotline.de) he is also a social entrepreneur.