Sarkis Bisanz, member of the German Bundestag, regional organizer of the demonstration of "Families in Crisis" in Berlin and father, wants education and childrens rights to be given more focus in the Corona crisis. And that children are also given more attention in decisions about loosening up.

The facilities will be left to themselves

"In the beginning, everything was shut down. Maybe that was okay because the situation had to be dealt with, but now we are behind in terms of educational institutions," says Bisanz. Although there is a four-stage plan, he says, it is still subject to reservations. You leave everything to the institutions and that is very problematic in such an important situation. 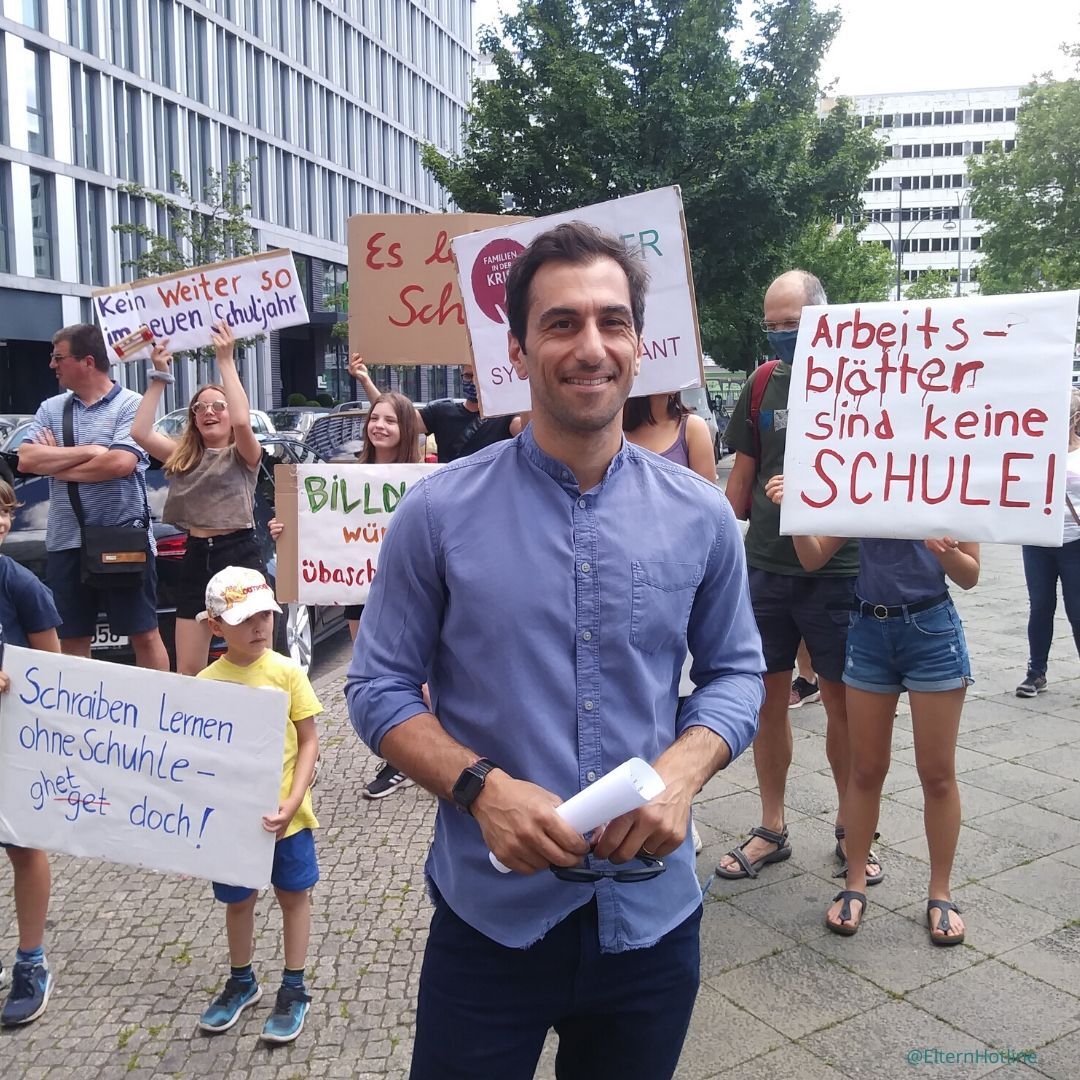 Another point that Bisanz addresses is that children cannot follow the same hygiene rules as adults in the daycare centre. "But then children should not be punished by having their facilities closed," says the organiser. Instead, he demands more tests for educators and suggestions from politicians that go beyond hand washing.

A night with an aha effect

He became aware of the problem when his little daughter woke up one night and started crying because she missed her friends so much. "In those days, even grandparents were not allowed to visit. That meant they no longer had a real life," says Bisanz. "Then we realized we had to do something. And that it didnt matter in the political decision at all." He also criticises the "all-purpose tool" home office: it no longer serves to relieve the burden, as was initially thought, but creates a double burden as employee plus educator. "Such things only became clear to us in the course of the debate," says Bisanz.

"We dont want fear to reign in the schools

Another wish of the participants is that a fixed concept for the educational opportunities of the children for the next school year is available. "We fear that this is not the case", says Bettina L., mother of two children. "We also have the impression that small children have the greatest difficulties with these digital learning concepts. We would like to see that fear does not reign at the schools, but that opportunities are found at the respective locations for children to attend school."

"My kids at home screaming, saying, I want to go back to school!"

Marion W., mother of one son, also fears that in the meantime a certain lethargy has set in on the subject of education. "My son has four three-hour lessons four times in four weeks. And I think these are simply things where we cannot ignore the children, especially with the proportionality and the data which, in my opinion, are available today." It calls for bolder and more innovative ideas to go into the coming school year in a more normal way.