What this means and what you can do

Discrimination, sexism and a lack of self-determination: people, and especially women, experience all these things every day. There are approaches that oppose exactly this and deal with equal rights in different areas of life. As a parents' hotline, we are naturally particularly interested in the family and the everyday life of parents. Therefore we wanted to know more and asked Melina. Melina, 31, is a queer feminist, social worker and is currently writing her master's thesis on surrogacy in the Gender Studies program. She is a lecturer at two universities and works in a specialist centre for protection against violence for girls* and young women* with disabilities / chronic illness. 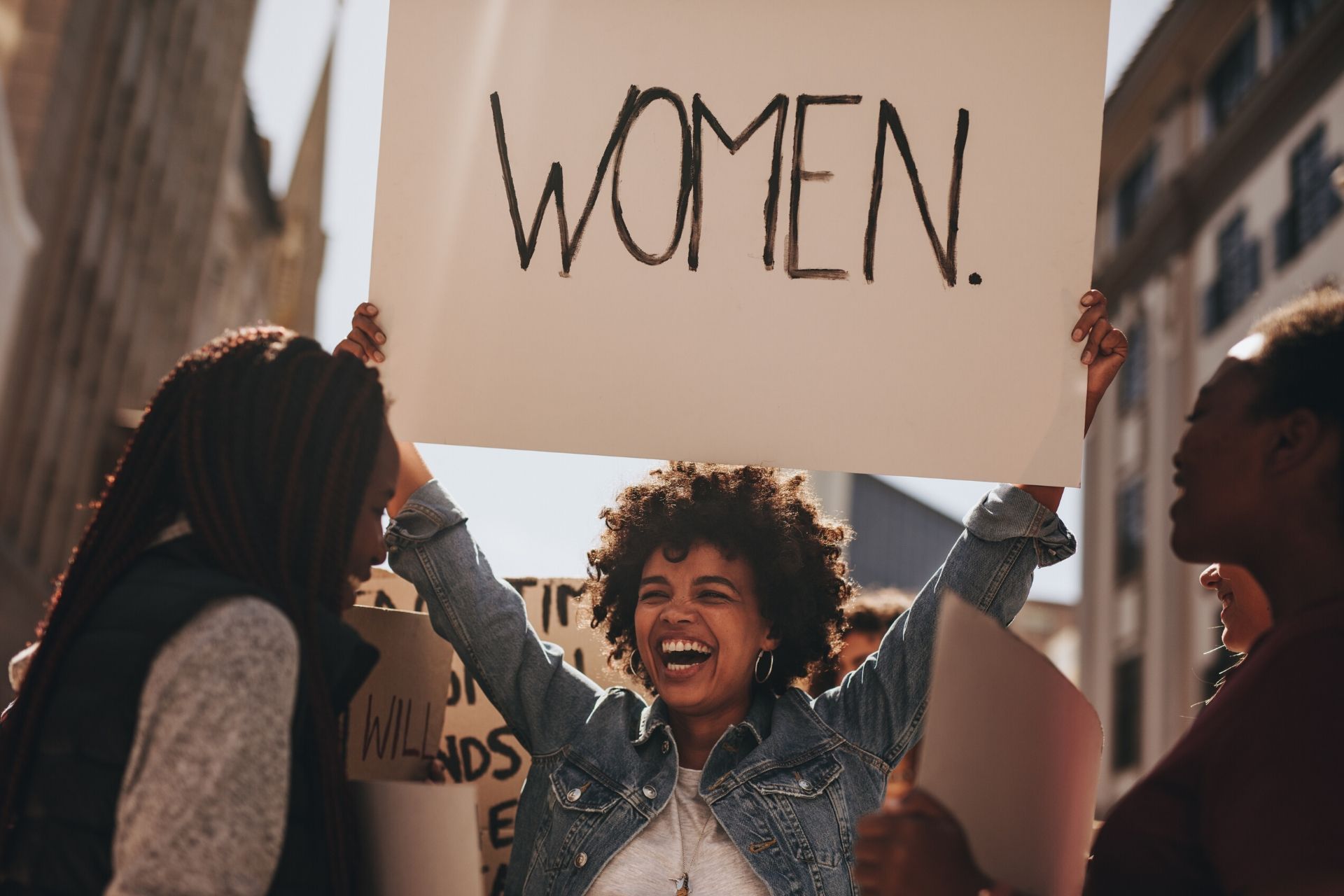 It depends on the child. I would probably say: feminism means that people should be able to be equal, regardless of their gender. That's what feminists around the world have been advocating for many years.

In the past, when there was still the classic Fordist model, in which the man was the sole earner and the woman looked after the man, the household and bringing up the children exclusively, the socially intended role for the respective parent was strict and clearly defined. Today everything is much more flexible. Firstly, there are many more recognised sexual orientations and genders and therefore, secondly, many different models of how parenthood can be lived. (...) Feminist struggles have contributed to women (by this I mean all people who call themselves women) having more rights. In Germany, until 1977, women needed the written permission of their husbands to do paid work. Such structural sexisms unfortunately still exist today - though less strikingly, which leads many people to assume that there is no sexism and complete gender equality nowadays. This is not the case, however. Unfortunately. (...) Many families, for example, are dependent on the full salary of the higher wage earner (usually a man). (...) Experience and studies show that even the most emancipated mothers often do more work at home than they would like.

It needs examination and reflection on the topic. Expectant parents should have fundamental discussions about how exactly they want to divide up the repetitive work such as washing clothes, cleaning, raising children, etc. If agreements have been made, they should be reviewed regularly. What was realistic? What worked out well? Where is the problem? What are my needs?

During the pandemic, it has become clear that mothers are the unappreciated heroines of our society. I heard a report on the radio. A man called the station during a show about Corona. The topic was "The good side of the crisis". The caller said that he thought it was great to really get to know his son now because he could not work at the moment and had a lot of time. When the presenter asked how old his son was, the caller answered: "seven".

To be honest, I almost fell off my chair at that moment. A father never met his son until he was seven years old. Seven! And they live together, probably see each other every day. I wonder how it can be that what goes wrong in our society is that fathers do not know their own children, while mothers often work overtime under precarious conditions in so-called systemically important jobs and then devote themselves to emotional work in the family and reproductive work in the household. In some cases, it is still the case, the pandemic is not over. It is clear that the child will not be reassured by the father if he has been less "known" so far. In addition to this, the person who has always had the greater share of reproductive and care work also has all the mental load. Think of things like Monday driving the kids to football, cleaning the dishwasher, Wednesday vaccination appointment with the big one, sending in-laws a card for the golden wedding anniversary and buying presents and so on. The things that are so often taken for granted in heterosexual relationships are often still the responsibility of women. This becomes clear through crises.

Well, a lot of parents are screwed up. I see a lot of people with screaming kids on their laps in zoom meetings every week and they all say they can't do it anymore and have been saying that for weeks. I think that many people have realized that things can't go on like this and that things have to change. Both in their own relationship, in the extended family and in family policy. It needs an open exchange, ideas, the development of measures, help for parents that are concrete. The question is whether there is currently enough energy and time among parents to join political struggles and to network in order to achieve something together. Maybe they need a rest first.

Talk, talk, talk! From my experience in a family counselling centre, I know that people talk far too rarely about what the individual (expectant) parents' needs are, what is particularly important to them, how things should ideally be done and how to deal with deviations from this - together! If families have little experience in this, you have the possibility to get support and help. There are many qualified counsellors with whom families can find solutions together by making sure that everyone is understood and all concerns are heard.

You can also get information together with the help of literature on the subject. Parent magazines like this one often have articles on the subject. Families and/or couples can also listen to the same podcasts on these topics and then talk about them. I can recommend the podcasts of Charlotte Roche "Paardiologie" on this.

Find allies! Visit or create parents' circles, toddler groups, political groups and other forms of gatherings that allow you to exchange ideas, develop new ideas together, tell each other how you are doing, give each other support and allow you to be yourself. Queer parent groups can be a good orientation. On the playgrounds and in swimming lessons you often meet parents who feel the same way as you do. Talk to them about whether they are interested in an exchange about emancipated parenthood and invite them. Note: Everyone has their own level and that is okay. Have mercy on yourself and the others if you notice that once again only the mothers have brought muffins and pizza snails for everyone ????

I would like to see all families legally recognised! It cannot be that the heterosexual nuclear family is still the number one target of state family policy measures. Rainbow families, single parents, patchwork families and polyamorous families should be given the same financial and idealistic means as heterosexual couples. There needs to be recognition of what parents achieve! Regardless of who is sexually or sexually oriented and how!

I started to deal with feminism (more precisely queer feminism) because as a person read by women I have always been discriminated against in this society because of it. When I was 10, my pediatrician told me to lose weight, because otherwise I would "never find a boyfriend", when I was 12 my brother told me to shave my legs, because otherwise I would "not be a real woman", and at 14 a boy from the neighboring class kissed me on the mouth without warning and in response to my resistance said that I should be "glad" that anyone kissed me at all.

When I first opened a book by Judith Butler (THE gender studies researcher of our time), I thought, "Yes! This is it! My problems were not individual, the thing I have suffered from all my life is called sexism. When I realized that I was not alone in this, I started studying Gender Studies. I now know how to deal with sexism and sexists and I am glad about that. Even if the way is still long, I like to walk it!

The Parents' Hotline thanks Melina for her time and the informative input on the topic of feminism and equality.